Photos: Morning of 9112001 Before,During & After the Attack on the WTC
Series 2 - Smoke Trail From Manhattan Over The East River into Brooklyn 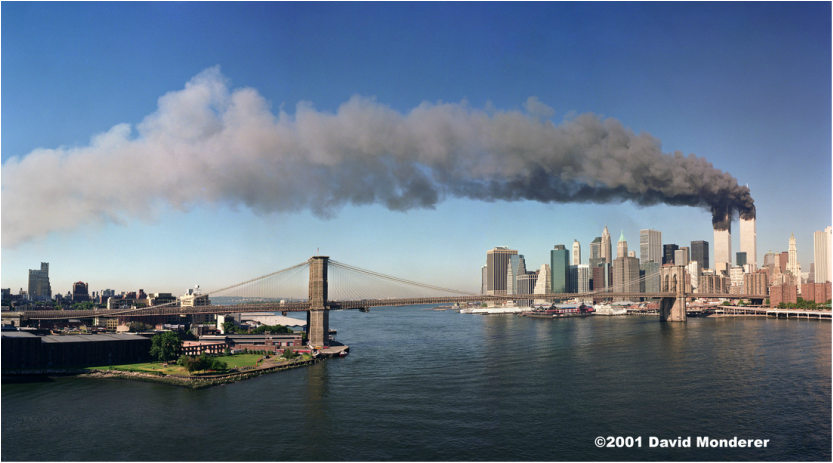 The above photo was created by combining the four photos below using a computer program.   On 09/11/2001, the photographer could not fit the whole panoramic scene of the long smoke trail that extended from the WTC towers across the East River into Brooklyn within the fixed lens frame of his medium format camera.  He decided to take four quick photos in succession and then combine the shots later.
Click to enlarge thumbnails below: 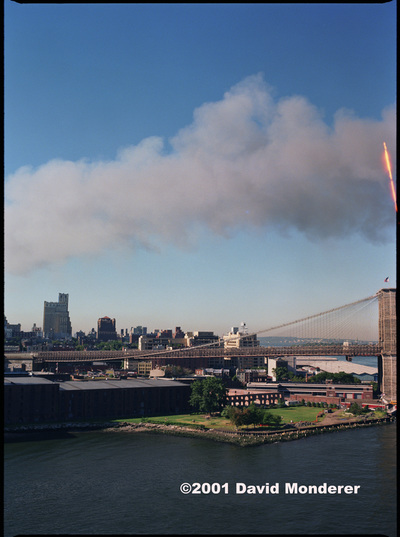 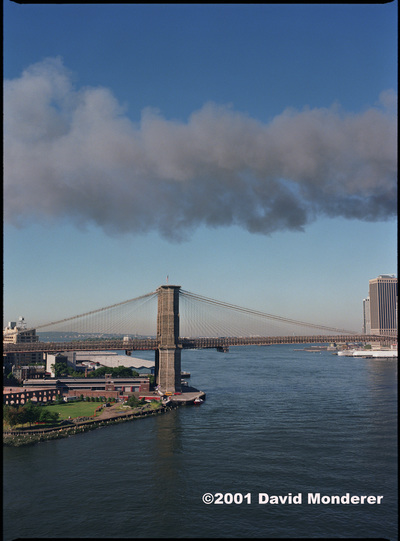 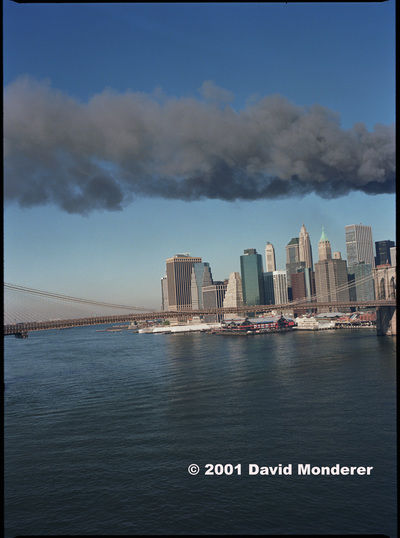 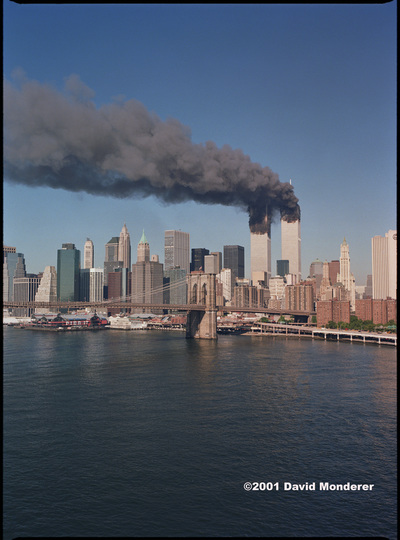 This is actually the first panoramic wide angle collage shot he attempted.  The camera was held horizontally did not have room to capture all elements of the scene without raising and lowering the camera on each shot, which caused the patches of missing information. 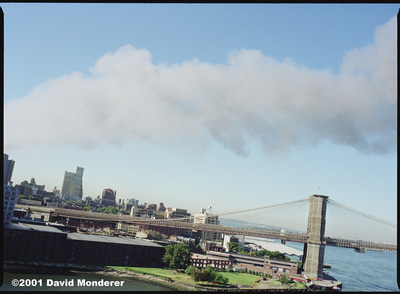 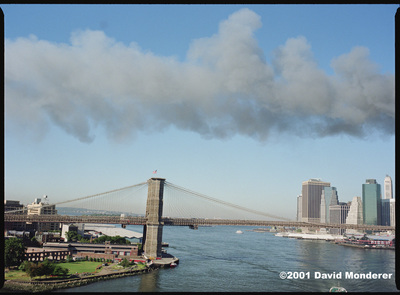 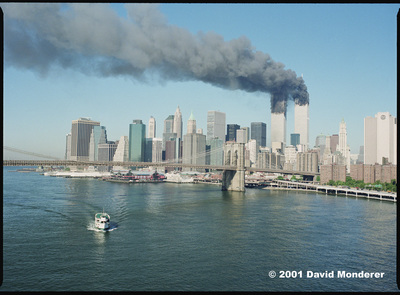 Series 4 - Formal Photograph of the the Downtown Skyline on September 11, 2001.

Taken on 9/11/2001, this image is again is a combination of more than one photo.  Taken in two exposures with a closer range lens then combined later with a computer program.  It resulted in a much higher resolution photo with walkers and bikers on the bridge detectable as well as a man mowing the lawn in the park on the left.